MINIMIZE DOWNTIME
Every hour of downtime costs a chemical plant or refinery an average of $250,000. In Lucidchart, Justin creates process flow diagrams to schedule all necessary tasks in the shortest time possible.
CREATE ACCOUNTABILIY
He adds swimlanes to show the division of responsibility—Justin can simply send a link to his Lucidchart diagram, so everyone can view their responsibilities easily on the web or from their phones.
GATHER INPUT
Rather than travel to the refinery, Justin can share his process flow diagrams with stakeholders and suppliers and discuss details over the phone. If he needs to make changes to the process, everyone on the document will see the process flow updated in real time.

GTS Technical Services, a consulting firm located in Humble, Texas, specializes in supply chain and manufacturing strategy, planning, and execution. They have worked with over 200 organizations to give supply chains a competitive advantage. 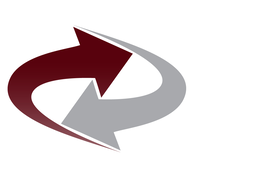 It should come as no surprise that it’s expensive to run a large chemical plant or refinery. So expensive, in fact, that every hour of downtime costs one of these organizations $250,000 on average. Therefore, when a plant or refinery requires maintenance, managers want to schedule all necessary repairs and updates in a short turnaround. Without detailed process planning, the slightest obstacle can extend maintenance turnarounds and cost a company millions.

This is where Justin Grindal, Project Manager at GTS Technical Services steps in.

Justin focuses on the logistics of a turnaround. The actual downtime may only last two weeks or so, but Justin puts in months and months of planning beforehand to make sure everything runs smoothly. He states, “There’s a huge amount of confusion and chaos, and that’s what we manage. We try and minimize the impact and make sure things get done on time.”

Diagrams come into play right from the start of these projects, from organizing the changes to be made to developing contingency plans. Justin Grindal chooses Lucidchart to build these diagrams because it saves his company and his clients time through ease of use and improved collaboration. 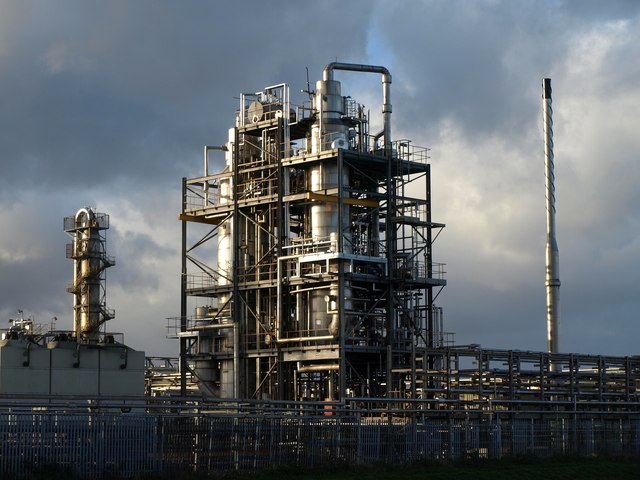 These projects start with a kickoff meeting involving management, mechanical engineers, and other stakeholders. These individuals discuss goals they want to achieve during the turnaround, referring to a P&ID to see how the current system operates, and then they start generating the necessary tasks to achieve those goals.

Justin turns those tasks into a process flow diagram (PFD) that describes who is responsible for each task and when it needs to be completed. The group also makes contingency plans upfront and adds them to the flowchart to keep the turnaround short. “We make those decisions so that every time we hit a bump in the road and a resource isn’t going to be available, we don’t have to bring everyone together for another meeting.”

The issue? Kickoff meetings require input from multiple people in multiple places—for example, the plant or refinery could work with remote suppliers. And Justin works in Houston, Texas, often separate from all of them.

It can be difficult to collect information, verify client requests, and delegate responsibilities over the phone. Project managers in similar circumstances have traveled to their clients and added to their expenses. Instead, Justin decided to work visually.

With Lucidchart, Justin can create and share his PFD during the meeting, and stakeholders can project the diagram or view it on their personal computers. “Everybody can be watching my document while we’re talking through this stuff on the phone, and it makes everyone’s life a lot easier.” Justin can validate whether he captured everyone’s needs and produce his deliverable on the spot.

It’s one thing to plan a turnaround. It’s another thing to ensure that everyone fulfills his or her role during that time. Diagrams also help Justin manage DOR, or division of responsibility, between dozens of teams. Once he knows which tasks to include in the process, Justin uses his favorite Lucidchart feature: swim lanes. Each swim lane represents a group, and Lucidchart makes it simple to adapt these swim lanes as the workflow changes.

“I can put together panels for a swim lane, and I can drag those around. And it makes it easy to add, subtract, and change those swim lane charts. That’s one of the things I appreciate the most about Lucidchart.”

Developing a single source of truth

As you can see, the PFDs and swim lane diagrams Justin creates are essential to completing all tasks within the scheduled turnaround. Everyone involved needs easy access to these documents.

Before Lucidchart, Justin explains that he and other project managers would either need to export their diagrams to PDFs or try to print them out—not the best solution for a large flowchart that could take up four sheets of paper. Visio wasn’t a great option either, since many clients didn't want to install Visio to simply look over a diagram. Justin says:

“Lucidchart is easy because I can just send them a link to the chart, and they can look at it on the web or on their phones."

The end result? Lower costs all around

A thorough process flow diagram in itself offers clear value for a chemical plant or refinery that loses $250,000 every hour it’s down. Justin has chosen Lucidchart to build this diagram for its additional value.

Justin bills by the hour for his consulting services, so he quantifies the value of Lucidchart—to both his company and his clients—in the amount of time he saves. He can hold meetings without billing his client for the expense of an airplane ticket and travel time. He doesn’t have to bill his client for time spent “screwing around with Visio.” With Lucidchart, he can easily pull in the shapes he needs and share that diagram with collaborators around the world.

Justin also understands that, while he devotes months to planning one turnaround, his clients have other responsibilities.

“These people have other things on their minds. They have to get back to their jobs. If we can make those meetings flow… you start minimizing the amount of time that these engineers have to spend on the phone in meetings, talking about these things.”

The phrase “time is money” has never been more applicable than in this industry, making Lucidchart the clear choice for project managers. To Justin and GTS Technical Services, the cost of Lucidchart is “rounding error compared to the volume of dollars that it saves [them] in making collaboration easier, in making it easier to create diagrams.”