How does a company go from having 9 attendees at their events to millions? John Frye used Lucidchart to organize and optimize Startup Grind's marketing channels.

OPTIMIZE
John maps out all of the company's campaigns and channels in flowcharts. Visualizing these sources of revenue helps him better understand and keep track of each one.
WORK QUICKLY
Because Lucidchart is so simple and intuitive, John can create impressive diagrams quickly.
SHARE
John shares his diagrams with colleagues before meetings, even those without a Lucidchart account, in order to provide necessary context beforehand.

A whopping nine people showed up to the first Startup Grind meeting. Fast forward to today, when, as the largest independent startup community, the company has assisted millions of entrepreneurs and nurtured startup ecosystems in 98 countries. Startup Grind connects and inspires 1,000,000 in over 200 cities through its monthly events and has hosted 5,000 fireside chats to date. 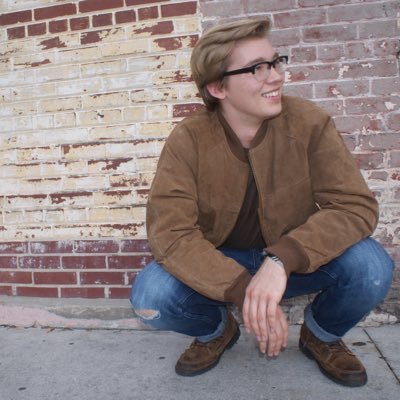 That’s a lot of tickets—and those tickets don’t sell themselves. Cue John Frye. He’s the one-man show behind Startup Grind’s marketing, which means he’s in charge of managing every single one of their customer acquisition channels. Talk about having a lot on your plate.

John lacked a clear way to plan and execute on all the many different channels; as a result, instead of being able to identify areas on which to focus, he was valiantly attempting to do everything all at once. “Everything I needed to be doing with all the channels became a big, messy blob inside my head.”

Justin Wu, a growth hacker whose content John follows closely, discussed the importance of carefully planning out all your marketing campaigns and channels. The blob wasn’t the most effective of methods—and that was when John realized he definitely needed a new way of doing things. Justin had an answer for him: try Lucidchart.

Trusting this advice, John started an account with Lucidchart and watched his marketing blob morph into an organized flow as he began mapping out Startup Grind’s various campaigns. He built an impressive diagram displaying every marketing channel involved in the organization’s ticket sales. The flowchart shapes are color-coded: green for working channels successfully selling tickets, red for channels that need to be turned off and deleted, and blue for channels requiring optimization tests. John’s diagram allows him to clearly see what is working and what is not. His goal is a diagram that is one beautiful shade of green. 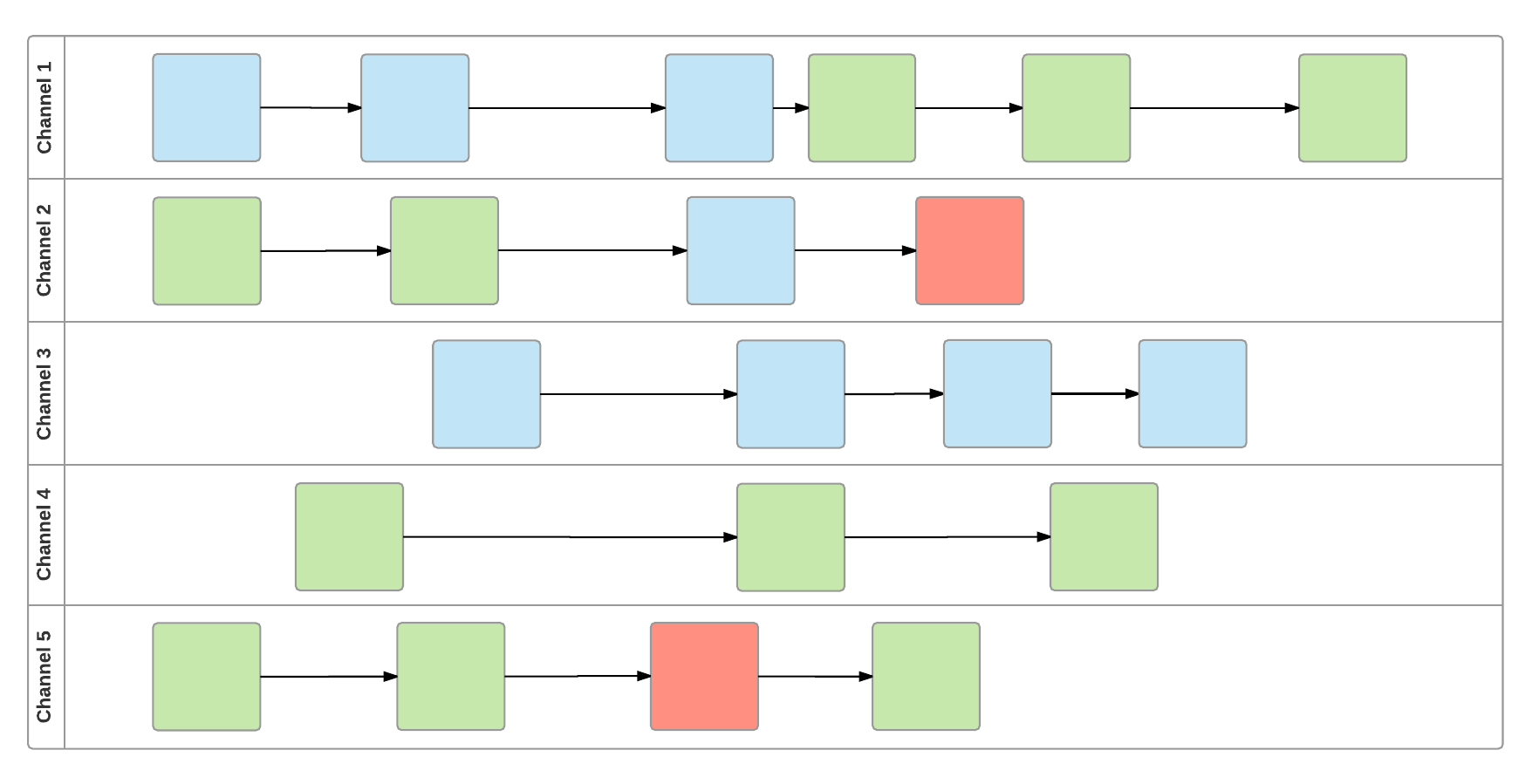 “Lucidchart lets me create the ‘umbrella.’ Then I can go narrower and show which steps lead to one another. It’s really intuitive.”

Diving in helps him better visualize all aspects of a campaign or channel, and it allows for iteration on campaigns needing tweaking. For example, he has built additional diagrams visualizing all paid ad campaigns. While John can view all his ads within Facebook, he can’t see all the steps involved in the ticket buying journey. In addition, the organization of the ads in this platform is something only he can follow—it makes very little sense to a non-technical audience.

So when John needed to gain approval for additional paid ad spend, he knew buy-in would only be possible if management could clearly understand the flow and success of existing ads. He knew words weren’t going to cut it. Using Lucidchart, he mapped out every single step a customer takes in a given ad campaign until a ticket is sold. As a result, his CEO and events manager were able to visualize the process for themselves and follow along while John walked through them. It was a win-win situation: they finally understood Startup Grind’s paid ads, and John got a bigger budget.

Doubling down to improve ROI

Lucidchart has become a staple item on John’s daily checklist. Each morning, he checks his email, key metrics, and his Lucidchart diagrams. John says:

“Lucidchart forces me to think about specifics rather than everything at once. I can focus on each individual channel and determine if it is working. In doing so, I have realized a lot actually aren’t working, so I have been able to turn them off and double down on those that are. Doing so has improved ROI on our marketing channels.” 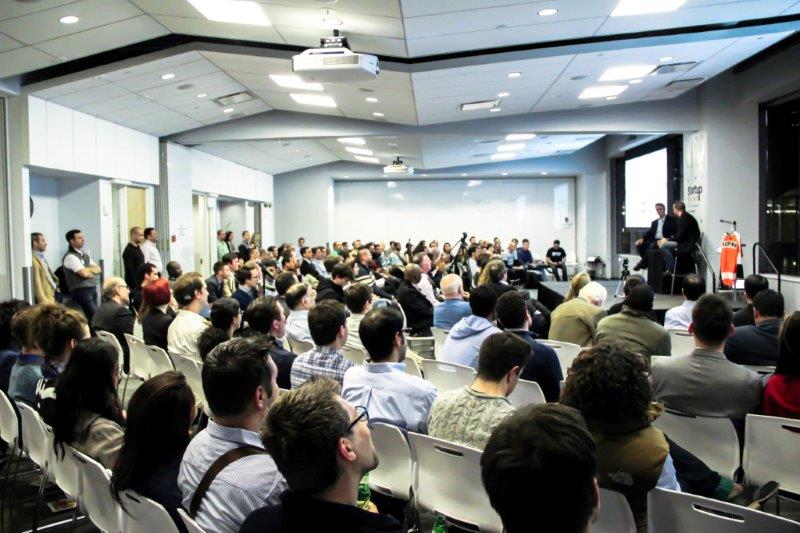 John loves that building his diagrams is so simple and intuitive. “I like to move fast, and Lucidchart helps me do that. I love the fact that the features get out of the way, so it can just be boxes connecting to boxes.”

He also loves that he can share his diagrams with anyone at his company, even those without a Lucidchart account. Before a meeting, he will send a link to his document so that everyone has context beforehand. He has received an enthusiastic response from these shared diagrams.

“My CEO thought they were awesome. Everyone who sees them is really impressed, and that’s what’s great—I can build a diagram that looks impressive and complicated but that was actually built very quickly.”

John has found additional uses for Lucidchart beyond the marketing realm. For example, when transitioning to a similar role in a new company, he referenced his old diagrams rather than starting completely from scratch. Similarly, he compiled all his documents in one place to share with the employee taking over his previous role, greatly facilitating the onboarding process. John has also used Lucidchart to map out the sales process so that he and the rest of the team can visualize the steps involved from that first call to the closed deal.

Startup Grind’s marketing channels may have started out as a sprawling and overwhelming web, but with Lucidchart, John has been able to craft the sprawl into a tidy flowchart. And that flowchart is rolling in the tickets, one green rectangle at a time.

Looking to optimize your marketing channels?